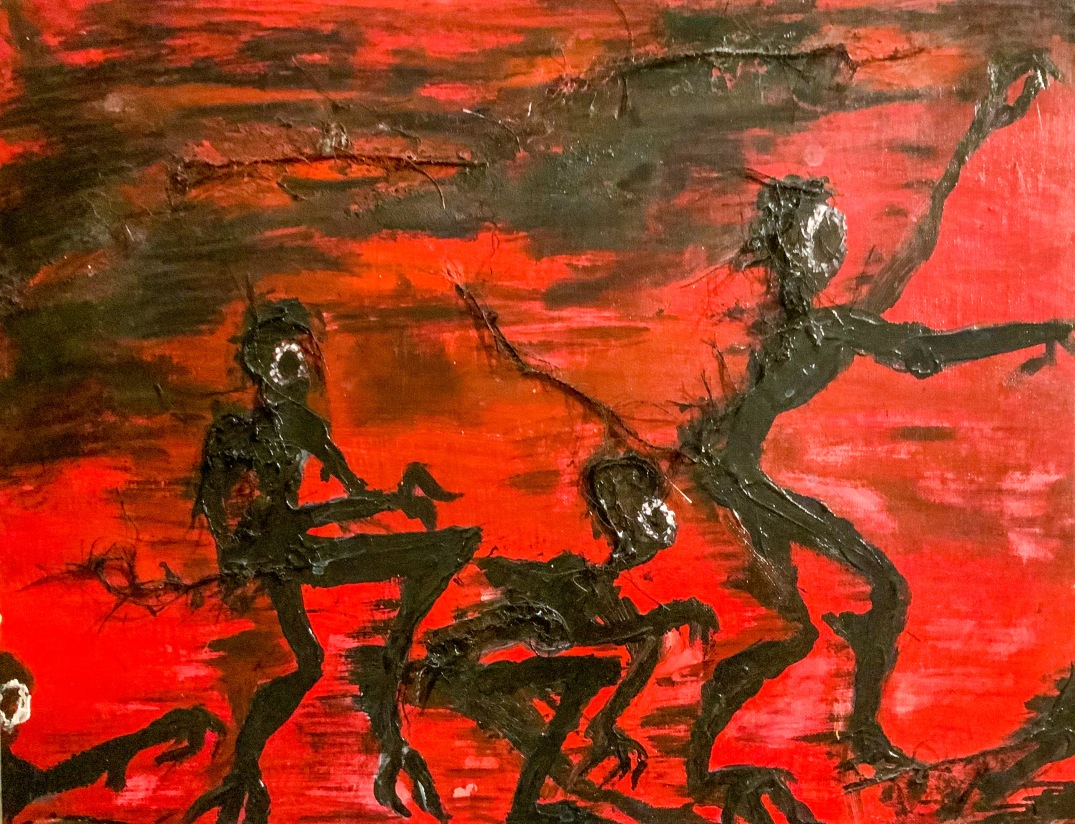 The dome was about the size of a football field. It was filled with hazy red water. I stood in the center with others like me. We were in what seemed to be old-timey scuba suits.

We couldn’t hear one another, but it was obvious we were all frightened. What was happening? Where were we?

Then, one of spotted the monsters and their face changed to a whole new level of terror. All around the outside of us there were these faceless black forms running circuits – as if on a track. Where their face should have been, there was just a gaping maw filled with teeth.

We cowered together. Weighted down by our iron scuba gear we couldn’t swim and it didn’t matter anyway because somehow we knew this dome had no exit.

We waited, always terrified. Sometimes people’s scuba suits failed and they suffocated in them or drowned when they pulled their mask off in panic. Sometimes the people just seemed to give up and take off their mask voluntarily, and others ran into the mass of moving monsters only to be trampled to death. Every once in a while the monsters circling us would indiscriminately grab a person and devour them in front of us. Whenever anyone died I always felt the awful emotion of relief – thankful it wasn’t me.

New people appeared, so the tank was never empty, and sometimes they lasted minutes, other days, and still other years. The most horrifying thing about this place is that you never knew how long you had. You didn’t know how you’d go. The only thing you could be certain of, is that you would fall eventually.

I had this dream more than ten years ago and it’s never faded. As I reflect on it today (as I write this) I don’t think it was a biblical hell I was dreaming about, but rather all of humanity’s existence.

Our scuba suits represent out bodies, we don’t know how long they’ll last us. In the grand scheme of things, they could go any moment. The monsters are the perils that could befall us – accidents or to be murdered. We know the dangers exist and are literally all around us as we drive in cars or engage in online dating.

The fact that we can’t communicate with each other, in the suits in the tank, I think represents how lonely we all feel knowing we’re all going to die someday, and are powerless to help save each other from that ultimate fate.